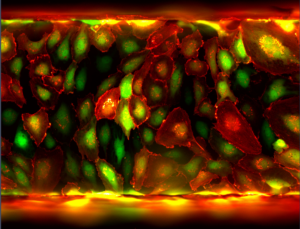 With increasing longevity stroke, cognitive impairment and dementia have become the most common age-related sources of disability and dependence and represent a huge societal burden. The vast majority of cognitive impairment and dementia at the level of the population is due to a mix of vascular brain injury and neurodegenerative disease. Most often, vascular brain injury is covert, most often reflecting underlying cerebral small artery disease, and was repeatedly shown to be a powerful predictor of cognitive decline and dementia.

The central nervous system adsorbs 20% of the whole cardiac output and relies on an elaborate vascular network to supply nutrients and to maintain neuronal homeostasis. Proper functioning of the cerebral circulation is essential to preserve normal cognitive function. Structural or dynamic changes of the vascular network are essential for normal brain activity and angiogenesis is an important component of learning, stressing the importance of the vascular area in the memory processes. 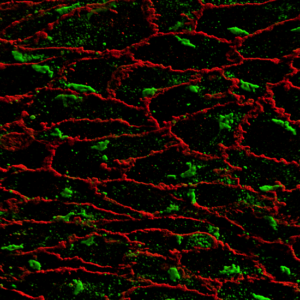 Aging process combined to known or yet unrecognized cardiovascular risk factors are associated with complex structural and functional changes in the vasculature. These changes impact as well large vessel as micro-circulation. Large vessel changes have been well studied and can be clinical monitored. However, less studied and less known is the disease of micro-vascular network.
Microvascular disease is referred as an impairment of flow-induced dilatation of arterioles, due to stiffening, with loss of elasticity of arterioles. Structural alterations are characterized by intimal thickening, vascular smooth muscle cell proliferation, and extracellular matrix deposition, resulting in an increased media-to-lumen ratio, and later by the replacement of the vascular smooth muscle cells by areas of fibrosis and cell loss. Changes in tone and circumferential shortening have an enhanced effect on lumen diameter, resulting in a blood flow decline in the brain. In capillaries, this leads to impaired vasodilatory function and increased capillary pressure, with consequent hyperfiltration, protein leakage, brain edema formation and tissue damage. 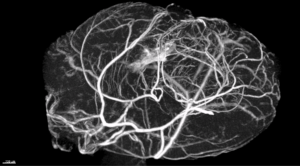 The present thesis proposal wishes to clarify the pathophysiology of vascular dementia (1) by identifying new molecular mechanisms controlling vascular integrity, namely permeability, in the brain and (2) by evaluating the therapeutic potential of manipulating Wnt or Hedgehog signaling to limit the progression of vascular dementia. Indeed, we and others have recently demonstrated that Wnt or Hedgehog signaling are essential for micro-vessel integrity especially in the nervous system. We hypothesized that the loss of Wnt or Hh signaling consecutive to vascular comorbidities (ageing, diabetes, hypertension, etc…) might be triggering microvascular damages in the brain and cause vascular dementia.