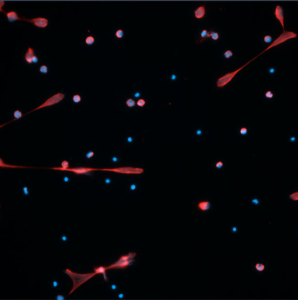 Thrombosis is the process by which an unwanted blood clot forms in a blood vessel. It can occur in a vein or in an artery. Arterial thrombosis is the cause of almost all cases of myocardial infarction and the majority of strokes, collectively the most common cause of deaths in the developed world. Deep vein thrombosis and pulmonary embolism are referred to as venous thromboembolism (VT), which is currently the third leading cause of cardiovascular-associated death.

The pathogenic changes that occur in the blood and on the vessel wall resulting in thrombosis are not yet fully elucidated. Three major features, called the Virchow’s triad, are commonly said to contribute to thrombosis: rupture of the endothelial barrier (the most common cause being the rupture of atherosclerosic plaques), abnormal blood flow and hypercoagulability. In many patients with arterial or venous thrombosis, one of these parameters is indeed abnormal. Nevertheless, in a large number of cases (up to 50% in venous thrombosis), there is no explanation for the thrombotic event, which makes it difficult to evaluate the risk of recurrence and the type and duration of therapy. 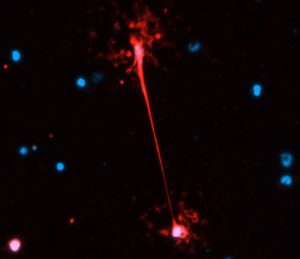 Our project is aimed to better understand, diagnose and treat unexplained thrombosis. We aim to assess if EC are prothrombotic either because intrinsic defects modify the expression of their adhesive and anticoagulant molecules or because extrinsic factors such as blood cells or plasmatic components trigger responses such as inflammation does. We also focus on neutrophils, and more specifically on their ability to form Neutrophil Extracellular Traps, a type of neutrophil cell death that has been shown to promote arterial and venous thrombosis.