Improving hemodynamics in the ischemic heart

Heart failure is a serious chronic disease that poses a major public health problem, affecting 1-2% of the population in developed countries and with increasing prevalence. It is a heavy, disabling and often fatal disease (50% mortality at 5 years). The most known form of the disease is heart failure with decreased systolic ejection fraction. However, another form of heart failure appears to be an important cause of morbidity and mortality, heart failure with preserved systolic ejection fraction (HF-pEF). For a long time unknown, this disease currently accounts for about 50% of cases of heart failure. With the aging of the population and the high prevalence of risk factors (hypertension, obesity, diabetes), HF-pEF is likely to be the most common phenotype of heart failure in future years. 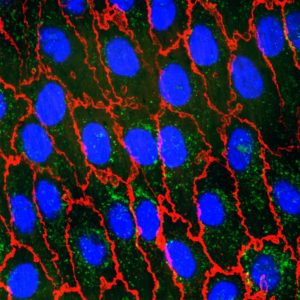 An unifying, but untested, theory of the pathophysiology of HFpEF suggests that comorbidities lead to a systemic inflammation, which triggers endothelial cells and coronary microvascular dysfunction. Indeed the micro-coronary circulation is closely connected to cardiomyocytes. They surround cardiomyocytes and create per se an unique geometric pattern, called a cardiovascular unit. Interestingly, cardiomyocytes and vascular cell (endothelial cells), communicate via intercellular signaling and modulate each other’s function. It is then proposed that the cross talk between microvessel and cardiomyocytes may play a major role in the regulation of adult heart homeostasis. 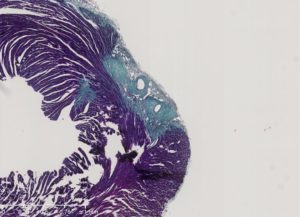 It is therefore necessary to progress in the field of fundamental and clinical research on HF-pEF, for a better understanding of the pathology, and for improved management of the disease and medical care of the patients. The present project l wishes to clarify HFpEF pathophysiology (1) by identifying new molecular mechanisms controlling vascular integrity in the heart and (2) by evaluating the specific consequences of endothelial cell dysfunction on heart structure and function. More specifically, we and others have recently demonstrated that Wnt and Hedgehog signaling are essential for endothelial cell function and consequently micro-vessel integrity. We hypothesized that the loss of Wnt or Hh signaling consecutive to obesity, type 2 diabetes, hypertension or aging might be triggering endothelial cell dysfunction in the heart and induce HFpEF.